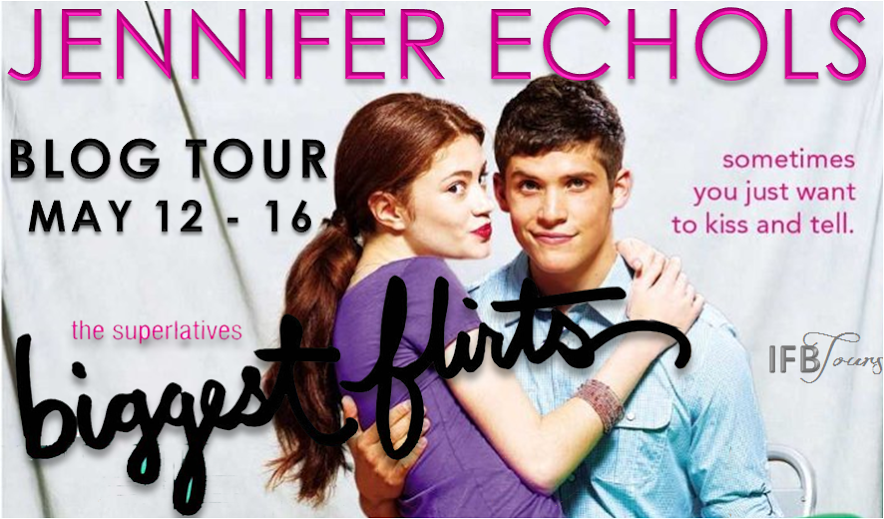 Thanks for stopping by!
This is my stop on the Biggest Flirts Blog Tour which is being hosted by Itching For Books. 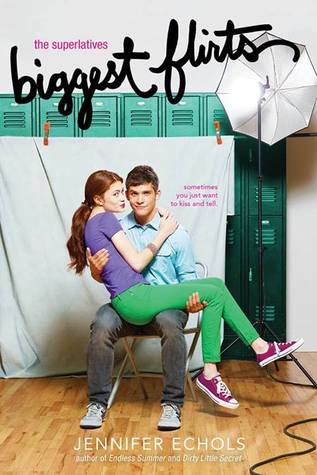 
Tia and Will’s lives get flipped upside down when they’re voted Yearbook’s Biggest Flirts in this sassy novel from the author of Endless Summer and The One That I Want.

Tia just wants to have fun. She’s worked hard to earn her reputation as the life of the party, and she’s ready for a carefree senior year of hanging out with friends and hooking up with cute boys. And her first order of business? New guy Will. She can’t get enough of his Midwestern accent and laid-back swagger.

As the sparks start to fly, Will wants to get serious. Tia’s seen how caring too much has left her sisters heartbroken, and she isn’t interested in commitment. But pushing Will away drives him into the arms of another girl. Tia tells herself it’s no big deal…until the yearbook elections are announced. Getting voted Biggest Flirts with Will is, well, awkward. They may just be friends, but their chemistry is beginning to jeopardize Will’s new relationship—and causing Tia to reconsider her true feelings. What started as a lighthearted fling is about to get very complicated…
What I Liked: Jennifer Echols is one of my favorite YA authors and I never know what I'm falling into when I pick up one of her books, I just know I'm guaranteed to have a good time.

Biggest Flirts, Book One in the Superlatives Series is fast, funny and entertaining. But it's not without it's more serious moments too. In spite of her party girl reputation and her snarky comebacks, Tia is actually harboring some pretty deep rooted issues. But for her, it's easier to let people believe what they want instead of living up to her potential. At last that way she doesn't have to worry about being abandoned, hurt or disappointed. Or so she thinks.

With his blue eyes, cool car and pierced ear, AND the fact that he's always taking his shirt off, (It's the heat. Not that I'm complaining though.) this Minnesotan makes Tia rethink her "No boyfriends" vow. They meet under interesting circumstances, exchange a few witty barbs and enjoy some well placed kisses, and before either of them knows it, they've earned themselves the title of, "Biggest Flirts". The problem? Tia doesn't do the boyfriend thing and Will is actually dating someone else.

But it's no big deal because they're just friends anyway.

Until the girl Will is not-really-but-may-be dating breaks up with him and Tia regains her spot as Drum Captain - again. And then there's Sawyer and the ever present are-they-or-aren't-they rumor that surrounds him and Tia. It's all good though because Will has a plan. A way for him and Tia to both get what they want, but it will involve spending more time together and playing up their Biggest Flirts roles.
But plans can always change and when things start to feel more real than pretend, Tia will have to decide whether to take a chance on Will or continue marching to the beat of her own drum and risk losing her heart in the process.


What Left Me Wanting More: This was one of those rare books where I actually enjoyed the supporting characters more than I did the MC. I thought Kaye and Harper were a lot of fun and I was really excited to learn that the third book in this series will focus on Sawyer because he definitely piqued my interest.

I know the on again/off again situation with Tia and Will was all part of the process, but I wanted to see them have more happy time together. Hopefully we'll get to glimpse them in the books that follow.

Favorite Quote: "Mr. Matthews, get off Miss Cruz. I'm starting to sound like a broken record."

Jennifer Echols was born in Atlanta and grew up in a small town on a beautiful lake in Alabama—a setting that has inspired many of her books. She has written nine romantic novels for young adults, including the comedy MAJOR CRUSH, which won the National Readers’ Choice Award, and the drama GOING TOO FAR, which was a finalist in the RITA, the National Readers’ Choice Award, and the Book Buyer’s Best, and was nominated by the American Library Association as a Best Book for Young Adults. Simon & Schuster will debut her adult romance novels in 2013, with many more teen novels scheduled for the next few years. She lives in Birmingham with her husband and her son.