Adventures in Cupcakelandia Part I: NYC

DISCLAIMER: Traveling with me is like Survivor, The Amazing Race and Fear Factor all rolled into one. With Cupcakes.

I was really excited to be able to attend the HarlequinTEENPreview last Wednesday! I had been invited before but hadn't been able to work all the logistics out. This time I was DETERMINED, come hell or high water, I.WAS.GOING!
(Little did I know I would experience both before my journey was over.)

The Megabus was scheduled to leave Baltimore at 11:15a.m.
I arrived thirty minutes ahead of time and joined a few strangers and their luggage beneath the bus shelter.
Which was leaking.
And cold. 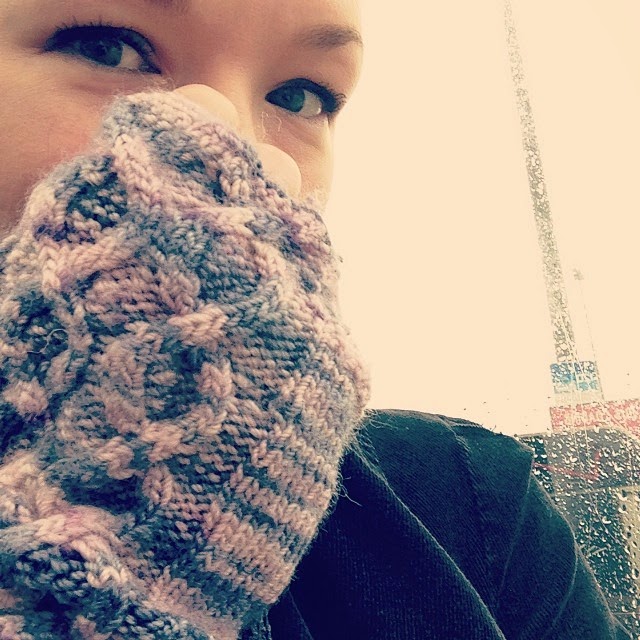 By the time the bus arrived, there were at least a dozen of us squeezed in there like sardines. When the door of the bus opened, everyone made a mad dash over and tried to board which made total sense to all of us considering we were cold, wet and eager to get on with our trip.

This behavior only managed to ignite the wrath of MEGABUS MAN.
MEAGABUS MAN sits on the throne of Judgement.
Like God.
Make him angry, and he'll make you go to the back of the line.
Play nice and he'll let you board wherein you'll find the first available seat, and be told not to sit there because it's soaked. So you'll choose another one and spend the next three and half hours of your life avoiding the guy who looks ready to play show and tell with his breakfast and getting rained on.

But I made it to NYC safe and sound and wet. And I was all set to meet up with Hannah from The Irish Banana and Jess from Step Into Fiction when my phone decided it hated me.

I'm more of a landmark kind of girl.
If you tell me to go x number of blocks, turn right at the Starbucks, and take the pink, not white unicorn with the magical horn, I will find you.
Eventually.
But if you tell me to go NW for three blocks, turn left on 8th and 42nd and walk another 0.273 miles, there's a 99% chance I will get lost.
And die.
Probably from stress.

The fact that I had been in NYC less than 5 minutes and was already lost was no surprise.
My text messages and all other forms of communication didn't work either?
No big deal.

I could figure this out.
Maybe.
Sure, I had to walk a block before my phone started working again. Like magic.
And yeah, I had to ride the subway.
Alone.

But I did it and am still here to blog about it.
Miracles DO happen, people!

My next stop was here.

I wanted to visit Penguin back in October when Hannah and I did #PubCrawl2013 but it didn't work out. This time though, Hannah, Jess and I met Lauren who is made of all the awesome things! She gave us a quick tour and no sooner had we settled into her office when the lights flickered off and on. The Fire Safety Director came over the intercom assuring us that it was just a power outage and everything was fine. (He repeated this process a few more times which was very helpful and only slightly scary movieish.)

Lauren answered our questions, talked books and even sent us home with a copy of K.A. Harrington's upcoming release, Forget Me. But it was when she told us she had just finished reading Stephanie Perkins HIGHLY anticipated, Isla and The Happily Ever After that my real survivor skills kicked in.
You see, I LOVE those books like peanut butter loves jelly and like many, have been DYING to read Isla's story.

We also left with a set of SUPER CUTE
"I <3 Etienne, Cricket and Josh" buttons from the series which matched my new PB copies quite nicely... 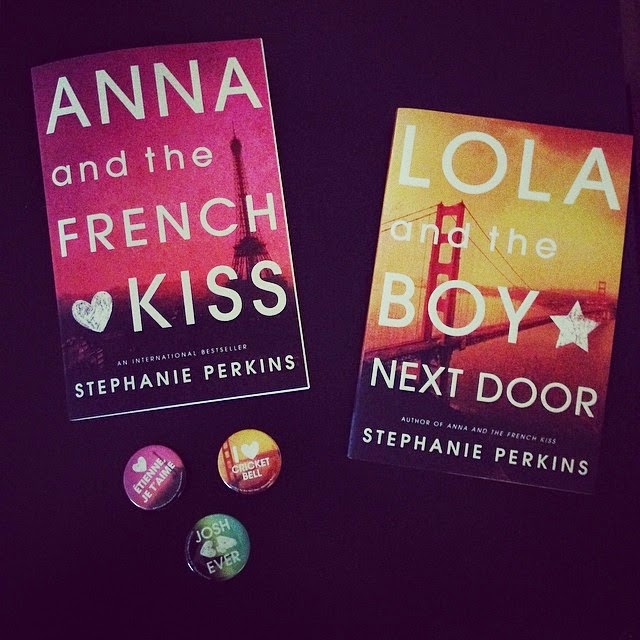 After Penguin, it was off to party with HarlquinTEEN at their Spring Preview!
The focus was Adi Alsaid's debut novel, Let's Get Lost, a book I finished on my ride up and really enjoyed!
They also had displays with some of their other upcoming releases like Talon by Julie Kagawa, Ghost House by Alexandra Adornetto, Lies We Tell Ourselves by Robin Talley, The Queen of Zombie Hearts by Gena Showalter, and White Hot Kiss by Jennifer L. Armentrout.
We left with a tote bag filled with each of the books featured and I have to say that of all of the totes I've ever received, this one is my favorite!

The books were fun and the food delicious, but the BEST part of the evening for me was having the chance to visit with other bloggers, and chat with the HarlequinTEEN editors.

Here are just some of the shots from the night. For more, check out my pictures on Instagram.

After the party was over, Hannah, Jess and I took a cab to the Megabus Bus stop where we waited for nearly two hours in the pouring wind and rain.
When I say it was raining, I mean, it was MONSOONING.
Sideways.
With 20mph winds.
And temperatures in the 40s.

ON THE VERY LAST DAY OF APRIL.

I kept waiting for Noah to roll up in his ARK and be like, "You ladies need a ride?"

I have never been so wet and so cold in all of my life.
We looked like we had gone swimming with our clothes on.
Felt like it too.
Everything we carried on our person was wet; phones, earbuds, makeup, underwear and worst of all, our books.

Hannah tried to keep our spirits up by suggesting we play the Pollyanna game, something I had never heard of before, but the idea is to name one good thing about your current situation.
I had a little trouble coming up with a good answer.

It was 2:00a.m before I finally made it home, peeled my still-wet clothes off, (I had to wring out the bottom of my jeans) and climbed into bed.
Was it worth it?
Yes.
Would I do it again anytime soon?
Heck no.
Okay maybe.

THANK YOU LAUREN FROM PENGUIN AND EVERYONE ON THE HARLEQUINTEEN STAFF FOR HAVING ME!

GIVEAWAY
1 Winner gets - ARC of Talon, by Julie Kagawa, Ghost House by Alexandra Adornetto and Let's Get Lost by Adi Alsaid.
U.S. Only
Must be 13 years old to enter.
Void where prohibited.