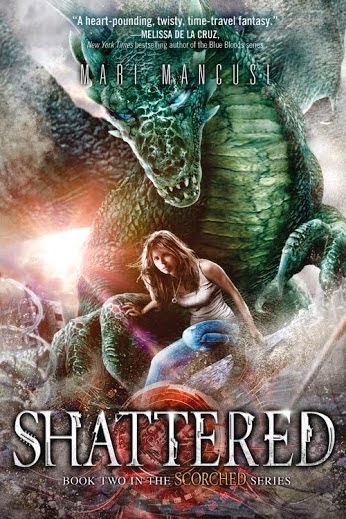 Trinity, Connor, and Caleb are trying to stay under the radar, holed up in an abandoned West Texas farmhouse. Their only problem is Emmy: a baby dragon that’s growing like crazy. When Emmy is caught on tape and the video goes viral, they find themselves on the run again. Their only hope comes from an old map leading to a man who has come from the future to help them. But with the government hot on their heels and Caleb’s growing addiction to spending time in the Nether world, will they be able to reach him in time? And will keeping Emmy safe end up being too high a price for Trinity to pay?

Marie Mancusi is an award-winning author of novels for adults and teens, including Gamer Girl (Kids Indie Next Pick, ALA Quick Pick for Reluctant Readers) and the Blood Coven vampire series. In her free time she’s a two-time Emmy award-winning television producer.  A graduate of Boston University, she now lives in Austin, Texas with her husband and young daughter.

Award-winning author Mari Mancusi will be at the Texas Library Association Conference on April 10 where she will be participating in a New Adult panel in the morning with acclaimed authors such as Cora Carmack, Sophie Jordan, Molly McAdams, and Jessica Sorensen. She will also attend Texas Teens for Library on the same day and will be signing books at the Sourcebooks booth that afternoon at 2:30pm.