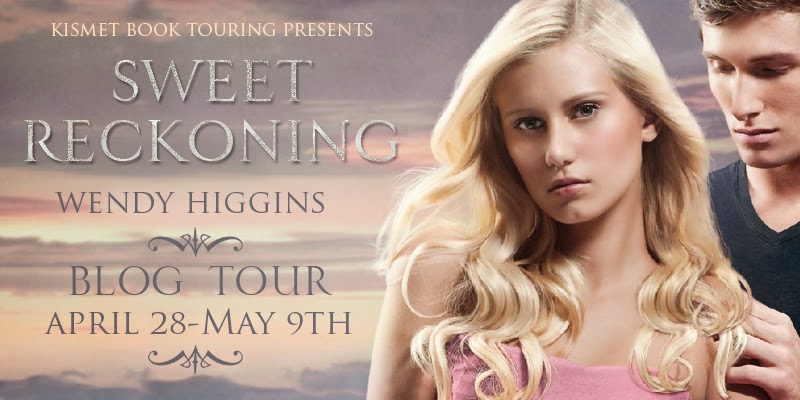 Welcome!
This is my stop on the Sweet Reckoning Blog Tour which is being hosted by the lovely ladies over at Kismet Blog Tours! 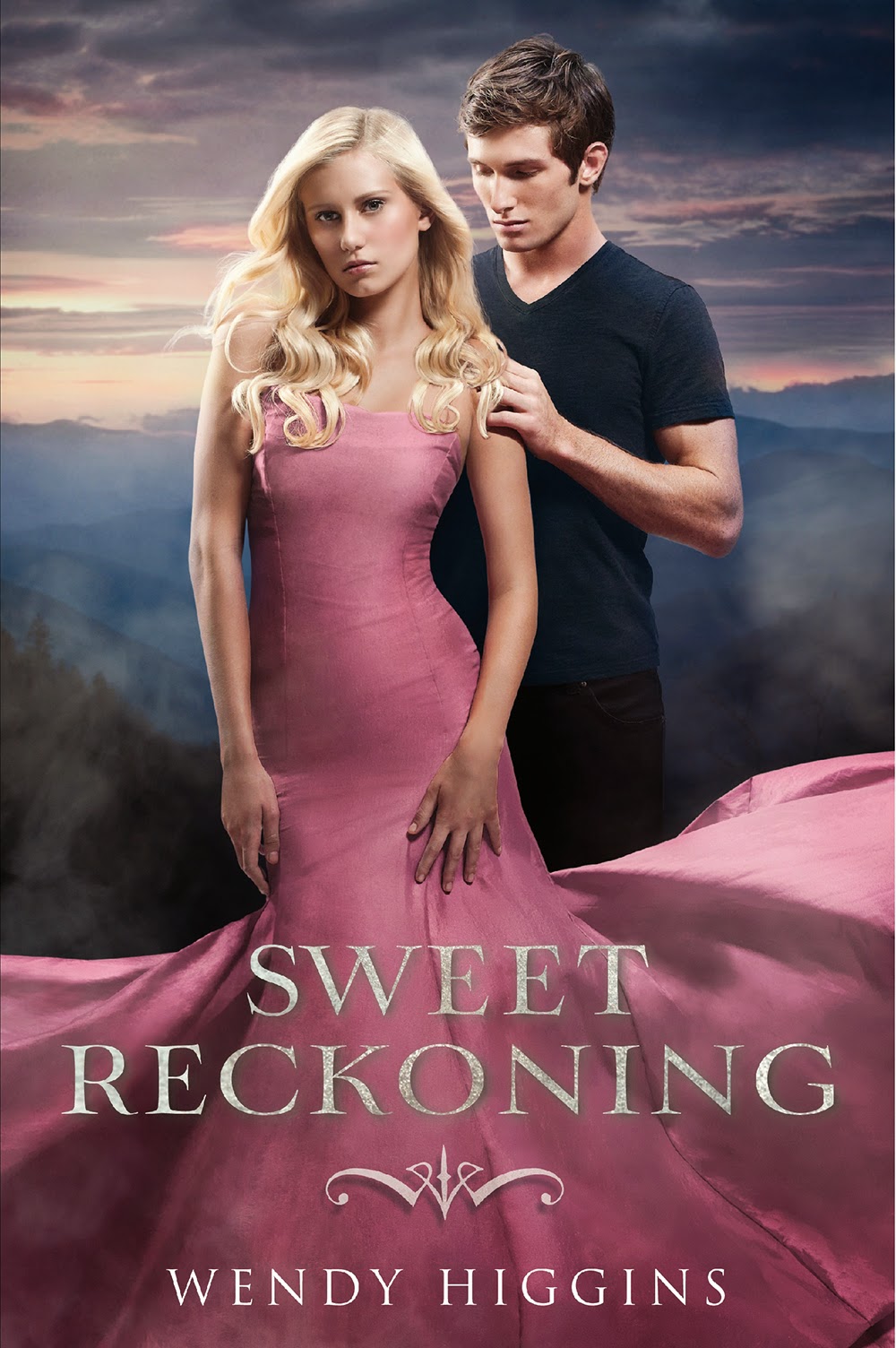 
Evil is running rampant and sweet Anna Whitt is its target. Nobody knows when or how the Dukes will strike, but Anna and her Nephilim allies will do anything necessary to rid the earth of the demons and their oppressive ways.
The stakes are higher than ever, and Anna is determined that the love she feels will be her strength, not a liability. But trying to protect the ones she loves while running for her life and battling demonic forces proves to be perilous—especially as faces are changing and trust is fleeting. When the Duke of Lust sends Anna’s great love, Kaidan Rowe, to work against her, Anna must decide how much she’s prepared to risk.
In the most sensual and fast-paced installment yet, Sweet Reckoning brings all the beloved Neph together one last time to fight for their freedom.

I love this cover and would REALLY like to have a set of all three dresses. Maybe Harper can make that happen? Okay, cool.

When I attended ALAMW, Sweet Reckoning was the one book I was desperate to come home with. Like, if I had to trade ALL THE CUPCAKES IN THE WORLD for it I would. And I did, sort of.

Okay, so it wasn't all of the cupcakes, but I did gift the lovely ladies at the Harper booth with a dozen Jenuine Cupcakes, mainly because I think they're awesome. (But also because I'm not above bribery. Don't judge.) In return, they gifted me with Anna, Kai and the rest of the Sweet gang early.

I came home, cracked open the spine and---froze. I wanted to read it. I tried to read it, but I couldn't seem to make myself read it. Not yet. Why? Because FINAL BOOK SYNDROME kicked in and scared the sprinkles off my cupcake. (FBS is when you dedicate years of your life to a book series, only to experience crushing disappointment with the final book. I've suffered from this syndrome quite bit recently which is sad.)

But I digress. Once I finally sucked it up and started reading, I COULD.NOT.PUT.IT.DOWN.

Seriously, THIS is how a series like this SHOULD end!!

I laughed, I cried and I even did some of this...

(Yes, that is Wade Poezyn dancing. You're welcome.)

And when I came across what ended up being my favorite quote, "On the bed with you now." I had to go back and reread it because it made me do this...

Wendy Higgins does an excellent job of bringing Anna's journey full circle, showing how love, forgiveness, sacrifice and having faith aren't always easy, but are always necessary. It's also a reminder that your past doesn't define you.
We all have it in us to do the right thing. And despite the fact that it nearly killed me, the Epilogue is nothing short of perfection .

Fans of the Sweet Series will not be disappointed. Read it!

Hey Anna, I'm so glad you could join me today!
*hands you a cupcake*
~Hey! Thank you – it’s my favorite kind! I’m so glad to be here, and not just because of the cupcake.

So, I wanted to come up with some really interesting, super intelligent questions to ask you, like, where you see yourself in five years, what's your opinion about healthcare and how we can really achieve world peace, buuuut then I realized I really just wanted to talk about Kai. *grins*

I hope you're okay with that. ;)
~Haha, it’s much easier to talk about Kai than to save the world. Believe me! *sigh*

You and Kai don't ever seem to have a lot of down time together. If you could plan the perfect day with him, where would you go and what would you do? (I'm imagining asking Kai this same question and turning seven different shades of red.)
~Yeah, my face will get hot just thinking about that boy’s possible answers!  Hm, let’s see. When we took the road trip, just driving together and eating out together was so much fun. In fact, I think that is my answer—traveling. I would want to travel somewhere we’d never been. Doesn’t matter where. I just want to hang out with him without fear of being seen or “caught.” If only.

What is your favorite personality trait of Kai's?
~I know he’s broody and holds in a lot of anger, but Kai also has a really great sense of humor. He can be a little, um, inappropriate at times, but he makes me laugh a lot with his dry wit.

How about your favorite physical feature of his? (I'm a fan of his hair. No, really, I am.)
~This used to be easy to answer. It was eyes all the way. So blue. So deep. But as I sit here my mind is being violently tugged down to his abs. They are, truly, a work of God. I feel like a guy when I stare at his abs because I can’t think straight and everything going on around me becomes background noise. See, when he laughs, his stomach tightens. *drool* And when he’s laying there, trying so hard to be good, his abs sort of ripple with the restraint. Oh, good gosh. I really need to stop thinking about this.
Next question?!?!

Beyond the changes in his "work ethic", how else do you think Kai's changed since you two first met?
~He’s learned the value of self-control, both physically and mentally, and I think he takes pride in that. It’s hard to trust other people when you can’t even trust yourself. Kai still has a long way to go, as far as forgiving himself for his past, but I think he views the world and his place in it much differently now than when we met, and that’s huge.

If Kai had his own theme song, what would it be?
~I think his theme song has changed during the time I’ve known him. When we first met I would have said, “Good Girls Go Bad” by Cobra Starship. Then, during his time of anger and jealousy over Kope (which I still feel bad about) it would have been “Bullet with Butterfly Wings” by Smashing Pumpkins. But these days his theme song seems to be “Love Don’t Die” by The Fray. He’s very focused on me and devoted. It’s the most intense and beautiful feeling in the world.

And lastly, cupcakes, brownies or pie?
~I’ve always been a pie girl, but lately brownies are holding a special place in my heart…if you know what I mean.  ;) 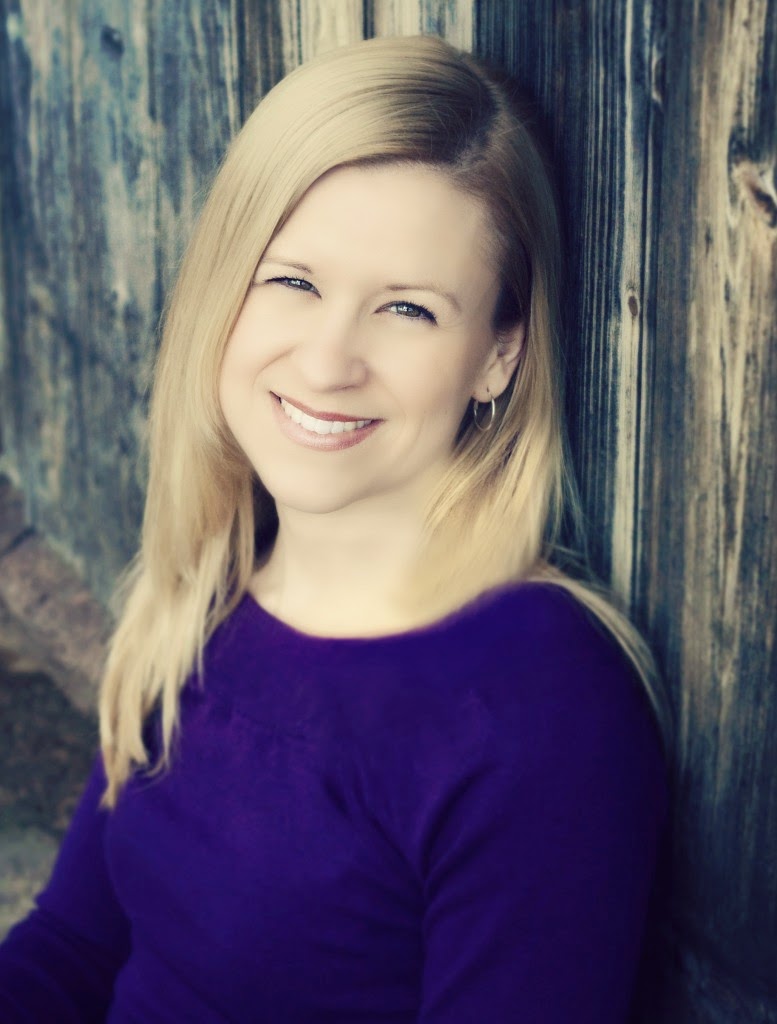 After earning a bachelors in Creative Writing from George Mason University and a masters in Curriculum and Instruction from Radford, Wendy taught high school English until becoming a mommy. Writing Young Adult (YA) stories gives her the opportunity to delve into the ambiguities of those pivotal, daunting, and exciting years before adulthood.
She lives in Northern Virginia with her husband, daughter, and son. Sweet Evil is her debut novel.
Website | Facebook | Twitter | Pinterest

A Bookmark Bundle (10)
a Rafflecopter giveaway