February 23, 2015
*I received these audiobooks from Tantor Audio in exchange for honest reviews* 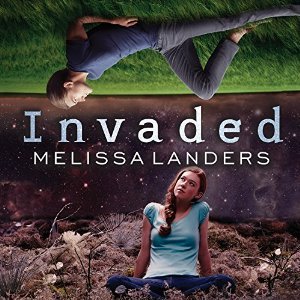 Cara always knew that life on planet L'eihr would be an adjustment. With Aelyx, her L'eihr boyfriend, back on Earth working to mend the broken alliance between their two planets, Cara is left to fend for herself at a new school, surrounded by hostile alien clones. Even the weird dorm pet hates her. Things start to look up when Cara is appointed human representative to a panel preparing for a human colony on L'eihr. A society that melds their two cultures is a place where Cara and Aelyx could one day make a life together. But with L'eihr leaders balking at granting even the most basic freedoms, Cara begins to wonder if she could ever be happy on this planet.

Meanwhile, on Earth, Aelyx finds himself in a full-scale PR campaign to improve human-L'eihr relations. Humans don't know that their very survival depends on this alliance: Only Aelyx's people have the technology to fix the deadly contamination in the global water supply that human governments are hiding. Yet despite their upper hand, the leaders of his world suddenly seem desperate to get humans on their side, and they hardly bat an eye when extremists make multiple attempts on Aelyx's life. The Way clearly needs humans' help, but with what? And what will they ask for in return?


Audio: 4 Stars!
I love these characters and was pleased with how Madeleine Lambert gave voice to them. 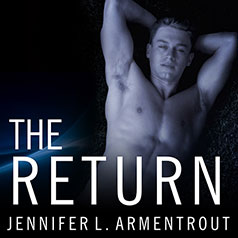 The Fates are cackling their bony asses off . . .

It's been a year since Seth made the deal with the gods that pledged his life to them. And so far, the jobs they've given him have been violent and bloody—which is kind of all right with him. But now Apollo has something else in mind for Seth: he has to play protector while keeping his hands and fingers off, and for someone who really has a problem with restraint, this new assignment might be the most challenging yet.

Josie has no idea what this crazy hot guy's deal might be, but it's a good bet that his arrival means that the new life she started after leaving home is about to be thrown into an Olympian-sized blender turned up to puree. Either Josie is going insane or a nightmare straight out of ancient myth is gunning for her.

Story: 5 Stars!
Click HERE to see my full review of THE RETURN.

Audio: 2.5 Stars
This was not my favorite audio book. The narrators were just okay for me which is disappointing since I have been waiting a few years to "hear" what Seth sounded like. When we met him way back in The Covenant Series (The Return is a spin off of that series.), we're told Seth has an accent. While Paul Boehmer does a decent job of accents, it sounded like he had trouble deciding which one he wanted to use for Seth and sticking to it. Seth is Greek but he sounded more like a cross between Romanian and English. Justine Eyre does a good job of bringing Josie to life.

I am glad I had the book version to read because I'm not sure I would have continued with the audio otherwise.