PRE-ORDER + #5Greats: The Law of Moses by Amy Harmon 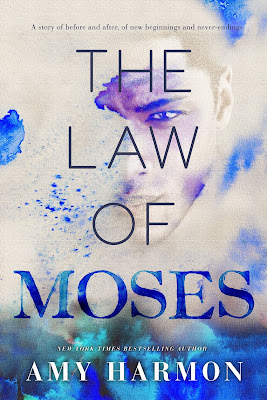 If I tell you right up front, right in the beginning that I lost him, it will be easier for you to bear. You will know it’s coming, and it will hurt. But you’ll be able to prepare.

Someone found him in a laundry basket at the Quick Wash, wrapped in a towel, a few hours old and close to death. They called him Baby Moses when they shared his story on the ten o’clock news – the little baby left in a basket at a dingy Laundromat, born to a crack addict and expected to have all sorts of problems. I imagined the crack baby, Moses, having a giant crack that ran down his body, like he’d been broken at birth. I knew that wasn’t what the term meant, but the image stuck in my mind. Maybe the fact that he was broken drew me to him from the start.

It all happened before I was born, and by the time I met Moses and my mom told me all about him, the story was old news and nobody wanted anything to do with him. People love babies, even sick babies. Even crack babies. But babies grow up to be kids, and kids grow up to be teenagers. Nobody wants a messed up teenager.

And so begins a story of pain and promise, of heartache and healing, of life and death. A story of before and after, of new beginnings and never-endings. But most of all...a love story.

“I haven’t cried today,” I realized suddenly, and Moses gave in and sat down beside me, his size and heat making me curl against him and lean my head on his shoulder. He ran a big hand over my hair and left it cradled against my face. I turned my cheek and kissed his palm and felt him shudder. Then he wrapped both of his arms around me so I could bury my face in his chest and he could rest his head on my hair.

“If you keep being sweet I will break my new record,” I whispered. “And I’ll cry again.”

“Crying from sweetness doesn’t count,” he whispered back, and I felt the moisture prick my eyes, just as I’d predicted. “Gi used to say happy tears watered our gratitude. She even had a cross-stitch that said as much. I thought it was stupid.” I could hear the smile in his voice.

“Ah . . . so Gi was a believer in the five greats.” I pressed my lips against his throat, wanting to get as close to him as I could.

“Gi was a believer in all good things,” he rubbed his cheek softly against my hair, nuzzling me.

“Even me,” Moses said, lifting his hand to my chin. Amy Harmon knew at an early age that writing was something she wanted to do, and she divided her time between writing songs and stories as she grew. Having grown up in the middle of wheat fields without a television, with only her books and her siblings to entertain her, she developed a strong sense of what made a good story.

Amy Harmon has been a motivational speaker, a grade school teacher, a junior high teacher, a home school mom, and a member of the Grammy Award winning Saints Unified Voices Choir, directed by Gladys Knight. She released a Christian Blues CD in 2007 called “What I Know” – also available on Amazon and wherever digital music is sold. She has written five novels, Running Barefoot, Slow Dance in Purgatory, Prom Night in Purgatory, the New York Times Bestseller, A Different Blue, Making Faces and most recently, Infinity + One.  Her newest book, The Law of Moses releases November 27, 2014. 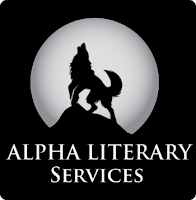