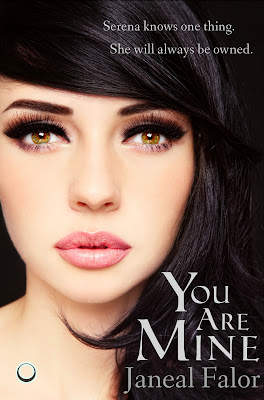 Serena knows a few simple things. She will always be owned by a warlock. She will never have freedom. She will always do what her warlock wishes, regardless of how inane, frivolous, or cruel it is. And if she doesn’t follow the rules, she will be tarnished. Spelled to be bald, inked, and barren for the rest of her life– worth less than the shadow she casts.

Then her ownership is won by a barbarian from another country. With the uncertainty that comes from belonging to a new warlock, Serena questions if being tarnished is really worse than being owned by a barbarian, and tempts fate by breaking the rules. When he looks the other way instead of punishing her, she discovers a new world. The more she ventures into the forbidden, the more she learns of love and a freedom just out of reach. Serena longs for both. But in a society where women are only ever property, hoping for more could be deadly.

AUTHOR BIO
Janeal Falor lives in Utah where she’s finally managed to live in the same house for more than five years without moving. In her spare time she reads books like they’re nuts covered in caramel and chocolate, cooks whatever strikes her fancy, and enjoys the outdoors. Her husband and three children try to keep up with her overactive imagination. Usually they settle for having dinner on the table, even if she’s still going on about the voices in her head.