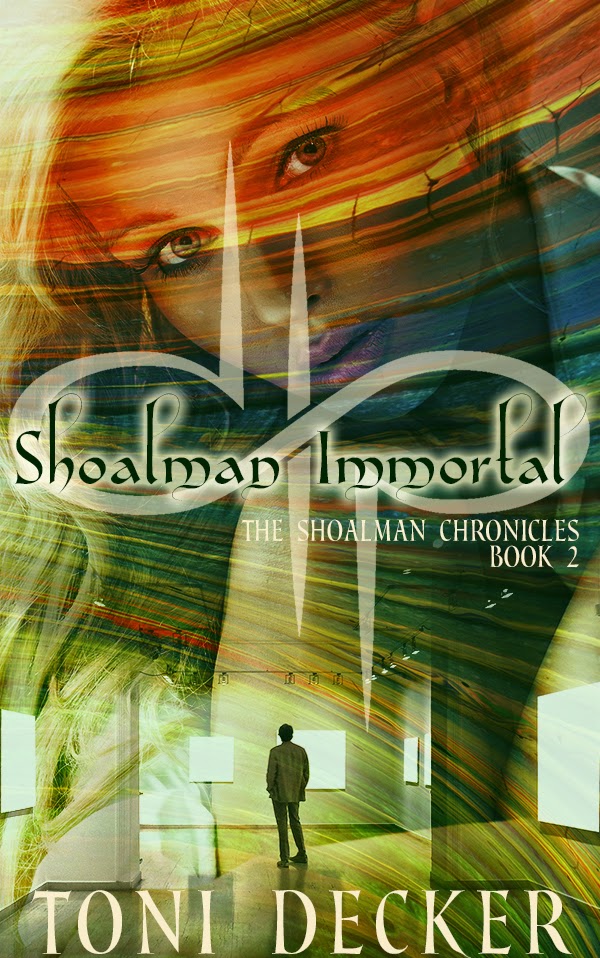 Falling in love was never supposed to be part of the picture.
Kyrissa Spears was born with a powerful, and deadly, gift. When she paints, she captures emotions so strong they cankill.Desperate to find a teacher capable ofhelping her unlock and controlher abilities, Kyrissa'ssearch leads her toan artist who may be able to help her.And he's the one person she can't accidentally kill.

After five centuries of pain and loneliness, Robert Shoalman craves release from his immortality. He's all but given up hope until he meets the beautiful and intriguing Kyrissa.She could paint his death and break the curse, but at the cost of destroying her gift and being lost to him forever—none of which will matter if the demon hunting him finds them first. 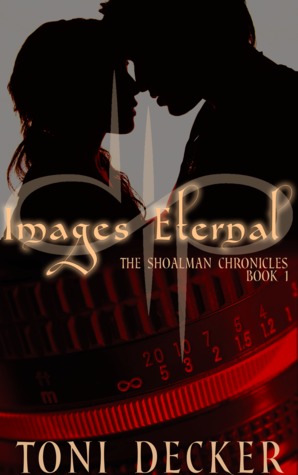 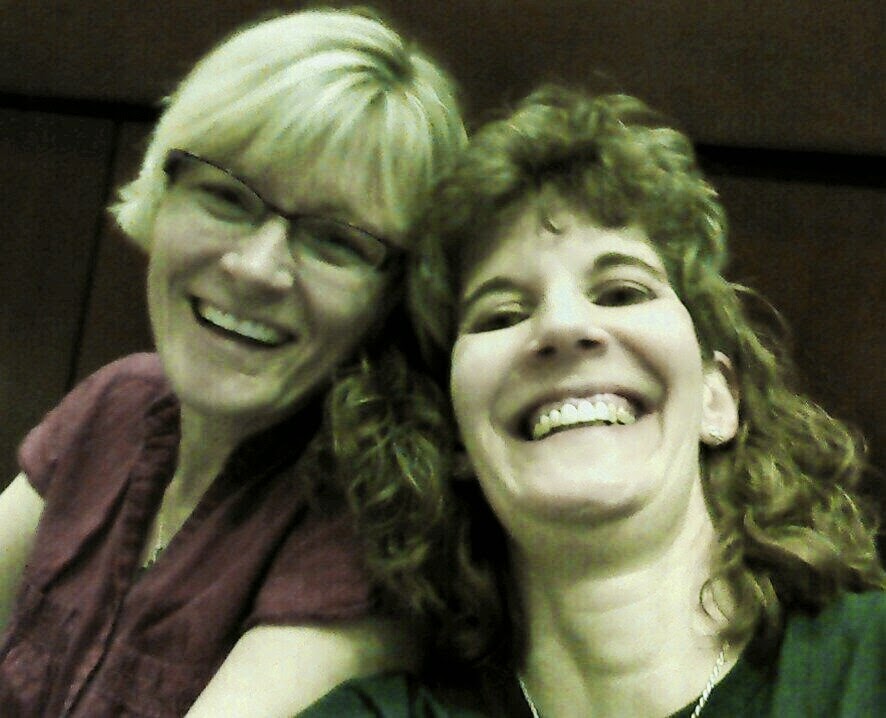 Who is Toni Decker?

Two authors telling one sizzling story after another about twenty-somethings getting along in their own crazy, fantastical worlds. Both women are wives and mothers, sharing brain cells and characters as if they only exist with the other.
Toni, one half of the Toni Decker brain, is an avid reader of all things Young and New Adult while Kira, the Decker half of Toni Decker brain, devours fantasy for midnight snacks.
Together, their stories are one part New Adult, one part Fantasy and three parts of Holy Hotness.
We leave it up to the readers to decide who writes which character.
You can follow our journey on:

MANDY: Hi peeps – Mandy here and do I have a treat for you today. I know you have all read my blogs about the local band, Eternity, skyrocketing up the charts. If not, then get out of the cave you’re living in and catch up!

Part of Eternity’s appeal is the fantastical stage shows performed with a heart pounding sound that makes Angels weep. Did you ever wonder where they get some of those amazing pictures? Wonder no longer. I have the EXCLUSIVE story of the man behind the images used. The one. The only. Robert Shoalman. Yep, you heard me peeps, the owner of the world famous Shoalman Collection of painting is here in the studio with me. And we are going to find out how he makes emotions pound with just a glimpse of his works. Say hi, Robert.

MANDY: So, tell us, how did you get started painting?

ROBERT: *smirks* Actually, my Uncle introduced me to painting when I was younger. He studied under the previous own of the Shoalman Collection and showed me the beauty of art using a most unusual subject—death.

MANDY: Death. Um, were all the other subjects taken or something? I mean, really?

ROBERT: People fear death, but there is more than the horror depicted in movies. Without death, people would forget how to live.

MANDY: You sound like Kyrissa. I swear the two of you are obsessed with the subject. *grins* Or should I say with each other?

MANDY: Like that will ever happen. Well, since she piped up. Meet Kyrissa Spears peeps, an up and coming art sensation herself.

KYRISSA: *laughs* not sure about the sensation part, but hi everyone.

MANDY: Is it true, Kyrissa that you are painting with Robert? It is painting that you two spend hours doing right? *waggles brows*

KYRISSA: Yes, he is teaching me, helping me expand my skills.

ROBERT: And she is teaching me a thing or two.

MANDY: Oh this sounds deliciously naughty. So body painting, or do you just finger paint?

ROBERT: I never suggested… We have not… *clear throat*Can we get back to the subject of the art please.

MANDY: Uh oh, the “glare” has come out peeps. Back to the subject at hand—Naked painting.

MANDY: *chuckles* So, would you call the color of your blush crimson or fire engine red, Robert?

ROBERT: *Looks towards Kyrissa* I told you this was a bad idea. I am done.

MANDY: Fine, fine. I’ll stick to the boring questions *mumbles* for now. *waits for Robert to sit back down* What’s your favorite color?

ROBERT: Like streaks of sunlight filtered through imperfect glass. Bright. Warm.
Beautiful. *tucks a strand of Kyrissa’s golden hair behind one ear*

KYRISSA: Yet, its mere sight fills you with hope for a future filled with promise.

MANDY: *gag* Boy do you two need to get a room. And I do not mean my recording studio.

KYRISSA: Remind me to film you and Lucien one day and then we’ll compare gag notes.

MANDY: I was going to say artistic.

KYRISSA: He’s got a great ass too. Even you admitted that, Mandy.

MANDY: *squirms*That’s not what I said. And it was in passing, in general about guy’s asses. I believe I was comparing it to Lucien’s at the time.

ROBERT: Emberglow, with a hint of Lust Red in the apples of your cheeks.

ROBERT: The color of your blush. Those would be the pigments I would use to immortalize your current look.

MANDY: They seriously have a red color called Lust?

KYRISSA: Yep! And you fit it perfectly right now.

MANDY: I hate you both.

KYRISSA: No you don’t. You just wish you did. *smiles*

MANDY: You’re right. This interview was a bad idea. *Clicks off recording equipment*